We have too many things to show you!!!! Please bear with us as we’re reworking this work sections to make it easier to see everything that we do. We simply had too many projects to sort through and it was just messy.

You’ll find a few of our recent music projects below and you can see more of our video work over on Vimeo. All the photo work will come back when we relaunch our portfolio soon.

If you’d like some samples or want to talk more, give us an email at hello@themoderntrade.com

We met up with Jamie Lin Wilson and Chris King for one of our throwdown sessions in Chris’s living room. These sessions are stripped down and concentrate on the core of the performance.

Jamie performs a new song she had just finished writing called “Whisper On My Skin” and then jumps in to sing harmonies with Chris on his song “Man Enough”.

Gibson operates a Showroom in Austin, TX that’s main purpose is to support musicians and spread the news of how great their guitars are. Part of that support is bringing musicians in to film and record songs as part of a Backroom Bootleg Session. With a single camera shoot and a multi-track recording of the audio, we provide Gibson, and the musicians, with a great quality video for however they’d like to use it.

Dustin Welch – Across The Rubicon

Brett Hauser – Letting Me In

It starts with a spark: a word, a sight, a sound, an idea. Those sparks become songs. The songs become recordings. An album is born. ~ Drew Kennedy

In mid 2012, Drew Kennedy approached us to help him with the video portion of his kickstarter campaign which would ultimately fund his next big studio record. Drew is a very creative guy, so the planning and brainstorming sessions were extremely fun! We ultimately decided on 2 separate video ideas… a more serious, from the heart, statement about himself and the record and then a more whimsical video that would be released mid campaign as a way to keep it in front of everyone without getting on everyone’s nerves.

As we were cutting some audio voiceover in his living room, inspiration struck and we rolled right into a new song off the record. We were able to film it and then incorporate that song recording into the campaign as well. Above is the main Kickstarter video, and below is the secondary video followed by the song recording.

Learn more about Drew Kennedy on his website and read up on the successful ($17,000) Kickstarter campaign here. 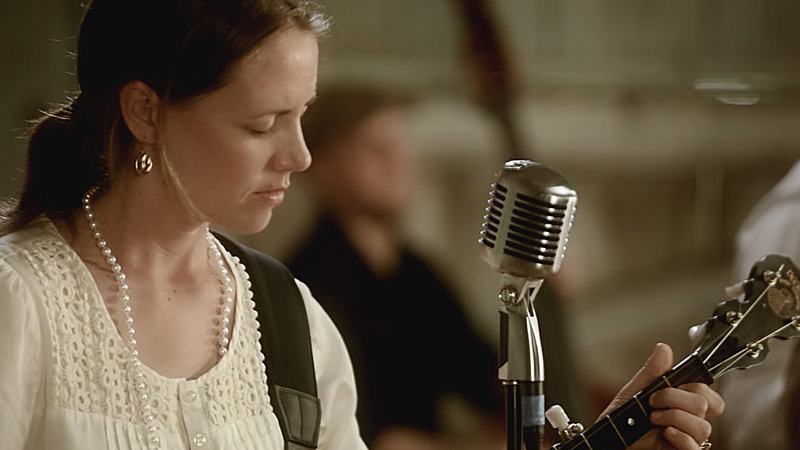 Think back to the time when there was no A/C, work was manual and people would come from miles around to be part of a “revival” on a hot Sunday afternoon. Men, women and children would pile into a hot wooden hall and listen to music that would set their soul on fire. It was simple, honest and it would give many musicians a solid foundation to make it big in other types of music.

As homage to that, we took four great musicians, some old Southern Gospel and made our own Revival that is both traditional yet a little reworked.

All songs are single takes with no overdubs and all heart. We hope you enjoy it. Click through to see all 4 videos and photos of A Southern Gospel Revival